A shell script is a file containing series of commands .The shell reads this file and run each command as if like it entered on the command line.On a Linux Operating System there are multiple Interpreters which will execute the commands that we pass to them . Default is Bash and this is widely available on various operating systems . Other ‘s are KSH,SH . Some commands may different on there interpreters but majority will support by all.

1.What is shell Scripting

Below given blocks are very important because in the scrips for each command that we use we need to check something before executing and store the results some where and iterate through some repetitive steps .

Get the output of command to a variable

$? –> what the shell returned or previous command return status
0 means success
other value means failure
This $? verification is very useful to check the status of previous command to take next decession
$* –> all arguements
./abc.sh 1 2 –> in this $* is 3
$# –> No of the variable values . where $0 is name of script , $1 is 1st arguement ,$2 is 2nd arguement

below are some of the commands that we daily use for the day-to-day activities.

How to find and replace a word recursively ? 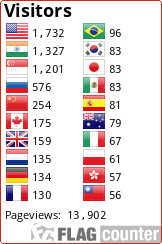